Well, so much for the fantasy. I’m not going to say I stopped because it was too much, but I have no idea where it’s going and while I generally write by the seat of my pants this was taking that way of life a bit too far.

So now I’m doing my firefighter auction story. It’s another contemporary romance with plenty of spice. Its flowing a lot better than the fantasy. Guess Iknow my niche. But honestly, I’m going to write that fantasy. Just need to really settle down with it and map it out.

My daughter is disappointed. She wants me to write something that she can read. 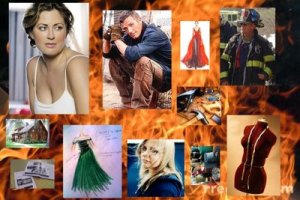 Yesterday was another day off for the kids. Man, this has been a tough winter for them! Well, for one of them. I don’t know how they’re going to make up all this time. The schools are suggesting longer days, school on Saturdays or giving up April vacation. Or, maybe since the ice storm resulted in a state of emergency the missed days may be waived. We have a long winter ahead of us.

Kensington should have That Kind Of Magic now. I’m really going to not think about it, but hopefully I’ll hear back by March. I’m rather glad I sent it there. Hope they like it. *fingers crossed*