Despite their rocky past, Torie Barron and Alex Carmichael’s identical goals drive them in a headlong collision over the horse farm they both covet until a family tragedy puts an end to Torie’s dreams.

As her life is swept down an unexpected and rocky path, she turns to the man who has been so infuriating yet intriguing. The man who stomped her heart into the ground when they were teens. Will Alex be her savior, or the one who stands in the way of all she’s ever wanted? 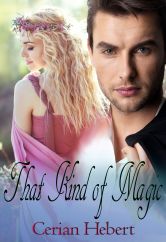 That Kind of Magic

What’s a witch to do when she refuses to use magic to find love? What if she falls in lust with a man who doesn’t believe in the power of magic

Charlotte is a beautiful Wiccan who has her own shop of magical supplies and a matchmaking goddess. Patrick is a straight-laced, non-believer who, in his determination to keep his sister away from the influences of magic and witchcraft, finds himself falling for a witch.

What would you do if life gave you another chance to go back and get it right?

No one needs a mental health day more than forty-four year old Lila Weidner, but when the overworked HR director wakes up in her twenty-three year old body, she’s left wondering what is going on. Where is her life as a successful business woman? Where is her equally successful husband? And how is she going to maneuver through the day in order to stay on the same path she followed over twenty years earlier?

Lila soon rediscovers old dreams and old friendships that she left behind and wonders if this is her chance for another shot at a truly fulfilling life. Does she dare to step off her original path and take advantage of the do overs life has given her? 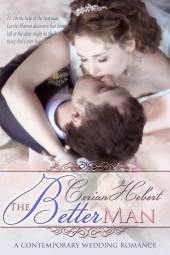 Lorelei Warren is facing every bride’s nightmare; she’s been left at the altar with nothing but a Dear Jane letter from the cheating groom, and a church full of friends and family. Will Draper, her best friend and the best man is there to pick up the pieces. He’s been in love with Lorelei for years and he can’t resist her. Now Lori has to decide what direction her life will head, especially when it comes to Will. Can she risk losing his friendship or is what she feels for Will worth pursuing. 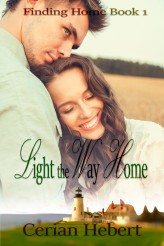 Hayden Merrick has one thing in mind when she arrives in South Dakota. To meet her grandmother for the first time, then return to the life she loves on the Maine coast. She doesn’t expect to discover the truth behind her mother’s departure from South Dakota, find the father who abandoned her or a man who could prove to be the love of her life.

Ben Winslow hasn’t much time for romance, and no woman has interested him enough until Hayden arrives at his neighbor’s home. As soon as he meets her, Ben believes she could be the woman he’s always hoped for. First he has to convince her she could love the prairie as much as the ocean.

Hayden’s plans to return home are put on hold as she struggles with a difficult decision. Pursue a life in South Dakota with the man she’s falling in love with, or return to the life she loves at the edge of the ocean.

Ben hopes he can give her the best of both worlds.